He also holds 2 x ISKA World Championship titles and formerly Captained the New Zealand National WAKO Kickboxing Team.  He cites his Masters Degree in Sport & Exercise Science as a key factor in his own success and the unique coaching style that he uses to coach a new generation of World Champions. 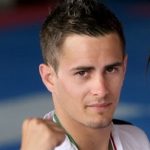